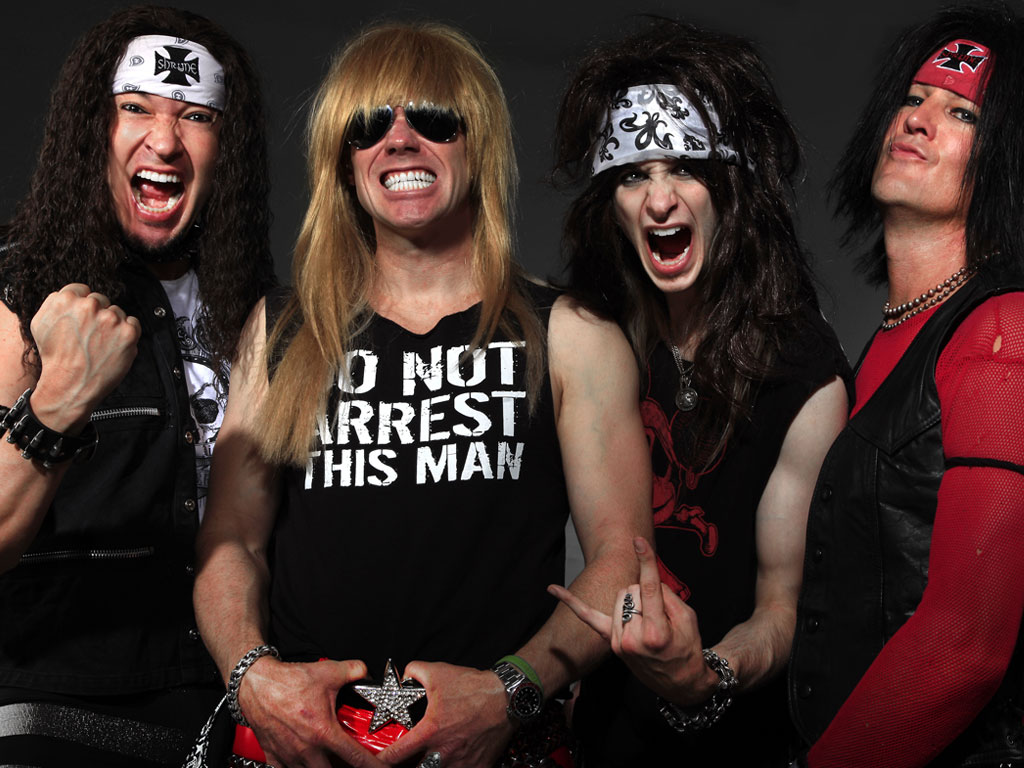 METALHEAD is Arizona’s Original and Longest Running Hair Band Rock Show!  We’ve been rocking audiences since 2003 and we ain’t about to stop any time soon!

STEEL WULFFE:
This thunderous bassist & part time spokesman for the band (usually while Lucky’s taking a drink) keeps the bottom full & the women screaming. He enjoys general headbanging & coming up with new uses for mayonnaise.

FRIZZY LOXXX:
6’1″, 128 pounds (soaking wet, holding a bowling ball), the youngest headbanger in the MH crew started honing his massive guitar sound (and obsession with aqua-net) when he received a Flying V and a Randy Rhoads poster for his 6th birthday (yes, his parents are that cool). Refusing to cut his hair until Sabbath reunited, he embarked on his lifelong pursuit of that “magic metal tone.”

Little known fact: Frizzy’s fingers can actually break the sound barrier. By the time you hear the solo, he’s already ordering a Fireball shot from the bar. *minds = blown*

TOMMI LEGG:
It should be enough to hit things with sticks for a living, but Tommi also sings many of the high background vocals! He often joins in busting on bandmates w/ Steel to lend some balance to the verbal assault, & officially holds the Guinness Book record for “loudest drummer still alive”. Let’s put it thusly; it takes a big man to wear pink Spandex pants at every show…

One thought on “The Band”